When 'I'm Pro-life Except' Really Happens… 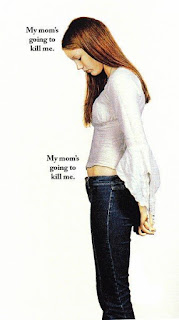 The rationalizations are many…

“Why have a baby born into a family who does not want ‘it’?”

“Should we really force a woman to bear a child against her will?”

“What if the baby is deformed or not mentally ‘normal’?”

“It’s not my place to make such an intimate decision for someone else.”

“I’m personally opposed to abortion, but…”

I’ve heard them all. As someone who was in high school when the infamous Roe vs. Wade and Doe vs. Bolton decisions were being discussed and then handed down, I have been transfixed by the topic for years.  The research that was required  for my first Social Studies debate on the topic, caught fire in my heart and soul and has been a burning flame of conviction ever since.  An otherwise timid public speaker, I could rattle off facts and arguments with fluid ease when pro-life issues were involved. Some of the rationalizations were very simple to dispute with Developmental Charts and Biological Facts. Others would tweak at the heart and seem difficult to counter – but were they?

“What about the rape/incest exception?”

Aha! Yep, that one makes folks a bit more squeamish. Would you really expect a woman to carry her attacker’s child? Well, in a word, ‘yes’! After all, why punish a child for his father’s crime? Wouldn’t that just create another victim? That child has committed no crime, has been convicted by no jury, and is given a death sentence through no fault of his own. But, but, but…

“Wouldn’t the woman’s life come to a screeching halt,
with no chance of a future?”

In a nutshell, no! What makes me so sure about my answer? Well, my ‘ace in the hole’ response comes from a very personal story…

Sometime in the 70’s I found myself the recipient of unwanted advances by a neighborhood boy – I was barely 14 years old. Weeks later I would reluctantly tell my mother the facts of that encounter and she would surmise that my persistent bout of nausea wasn’t the flu after all. She would fall to the floor with the shock of it all and I would be forced to let go of the denial that had kept me halfway sane. The ensuing months were a blur and yet time stood still. My early high school career came to a screeching halt and was substituted with a ‘homebound’ teacher and an algebra tutor. Time, however, marched on and adjustments were made. This wasn’t an era of ‘baby mommas’ and ‘baby daddies’, this was a more sheltered time and after a while we began to attend Mass in a neighboring town.

Then early summer hit and with it ‘the time’. I remember the kind-faced nurse with the gold watch who held my hand – no visitors in the labor/delivery area were allowed then. She kept me somewhat calm by talking about mundane things – like my nice tan. The hours ticked by and the pain increased. There was a recurring little stream of tears at the corner of my eyes but I never called out. I just looked at that gold watch on the nurse’s arm.

Then there he was – a blue eyed bundle of around 7 pounds. They laid him in my lap and I timidly poked at him – counted the fingers and toes, because that’s what I’d heard you did, and then quickly bundled him up again. I felt more fear than joy – more spent than at peace. I don’t remember much more of the hospital stay but I do remember the early days of being back at home. My jeans fit again quickly and I hesitantly went outside for a walk on the sidewalk in front of our house. I looked ‘normal’ again but couldn’t quite get the idea of what had happened to make sense in my 14-year-old brain. The sun was still shining but somehow it didn’t sink its warmth into my skin.

Inside the house were my sisters and that little wooden cradle with ‘him’ in it. My parents had stepped up in support of us and decided to adopt the child and raise him as my brother. We were a family of firm Catholic faith and there could be no other option. They would add this child of mine to their brood even though my mother was 4 months pregnant at the time of his birth. He would soon have a little brother! The adoption papers were drawn up and there was no fuss or disagreement – after all I was still a minor. This plan was for the best – for all of us. Sacrifices were made in families every day – for the good of all – especially the smallest, weakest members. This was our Catholic faith in action!

Another Baby In the Family

The blue-eyed angel grew a full head of blonde hair and five months later his dark-eyed, black-haired ‘twin’ would become his sidekick. He always knew that I was ‘special’ and that he was adopted, even before he knew what that meant, because my parents wanted him to know the truth from the beginning.  ‘The Boys’, as we called them, would grow up together as brothers with a bond that grew stronger and matured with adulthood. Our little family of 7 lived an idyllic life in our small town and acceptance was regained from most. The whispers would always be there but we all grew accustomed to them and we circled the wagons around our family and our Catholic faith.

I returned to high school and met a young man during the summer of my sixteenth year. He was someone my mother trusted and the first one I dated. We became quite the pair and were soon ‘going’ steady. Another reminder of that time would come when we parked in a quiet meadow and I told him my story. He had heard the murmurs but I needed to tell him myself – that it wasn’t quite the way it was portrayed in some circles. To my surprise and joy he accepted my tale with a loving calm! He was not in tune with the naysayers, his heart was his own – and mine!

We married the Thanksgiving weekend of my senior year, with the blessing of our parish priest. Our high school courtship had remained a chaste one – by our mutual agreement. After our wedding we approached my parents and asked if we could adopt the little one – now three years old – ourselves. My mother’s answer was an unequivocal ‘NO’!  She explained that he was now her baby and she simply could not give him up. We did, however, have ‘The Boys’ over quite a bit. They were our ‘practice kids’ in those early years.

That fall, after having graduated from high school, I began my college life. Although my scholarships were rescinded when I married, I gained 24 credit hours by taking the CLEP test. I remained on track to graduate on time. In what seemed like no time at all I found myself in my senior year of college – and I was also pregnant with our first child! Our son was born before I walked the stage to receive my diploma.

Since that time many things have happened. After graduation with a BA in Art my various jobs have included Art Teacher, Office Manager and Catholic Book Store Manager as well as a Field Representative for a pro-life US Congressman. In the pro-life realm I have been an Executive Director of Right to Life of Owensboro (twice), served as Newsletter Editor and Board Member of several pro-life groups,. My life has been full and fulfilling. I tell you these things, not to brag about my credentials, but to enforce the point that your life is never over – no matter what cards you are dealt.

During our 36 years of marriage, my husband and I have had three children and married off two of them. We have welcomed 5 grandchildren – gifts from their happy marriages. The two children born to my ‘special brother’ and his wife, round out our total of seven grandchildren. They are all 7 years old and younger. I am Godmother to all seven of these angels and we are quite the tight-knit bunch. Life prevailed and has come full circle. Contrary to being ‘ruined’, I can honestly say that my 54 years on this earth have truly been blessed!

The Rest of the Story

When he was sixteen years old, I went for a drive with my ‘special’ brother. As we sat in an empty church parking lot, I filled him in on the grim details of his origin. I had, of course, gotten ‘our’ mother’s blessing. He had a right to know but it needed to be the right time for him. We talked and exchanged thoughts of Our Story. Our relationship had remained strong throughout the years and that would never change. We just needed to ebb and flow in our own time.

NOTE: This story and the addendum below were first shared in 2012

Fast-forward to a few days ago we discussed my idea of publicly telling Our Story . Of course the folks in our hometown know some version or another of the story and a few people currently in our lives know the details as well. I’ve also shared Our Story with frightened, pregnant girls and their mothers. I’ve shared it with intimate friends and fellow pro-life warriors. But it’s not mine alone to publicly tell. However, we are comfortable with each other and I knew he would honestly tell me how he felt. His answer was as straightforward as he, himself, is. He said, ‘’It’s Our Story and it’s nothing to be ashamed of. Tell it like it is.’’
~
We are quite the pair – praise God!