In an amazing of act of leading by action, Pope Francis recently stunned parishioners and clergy by an unexpected act. After giving a sermon about the vital importance of the sacrament of confession, the Holy Father deviated from protocol and went to confession to an ordinary priest before taking his post as confessor. I can only imagine how the humble priest-confessor must have felt to come face to face with the Vicar of Christ at such an unexpected time. From the photos published about the event, we can see the confession was public and not the private confession customary for popes.  In his sermon before this act of humility, Pope Francis had said,


His action showed that he is more than willing to lead by word and example. Now, who among us should not run, not walk, to the confessional? Lent is the perfect time to take on new, positive habits. Wouldn't we all be better off if we habitually examined our consciences and frequently confessed our sins? That is what I took away from this action on the part of our Holy Father. He is saying, by his actions, that we should do as he says and as he does. 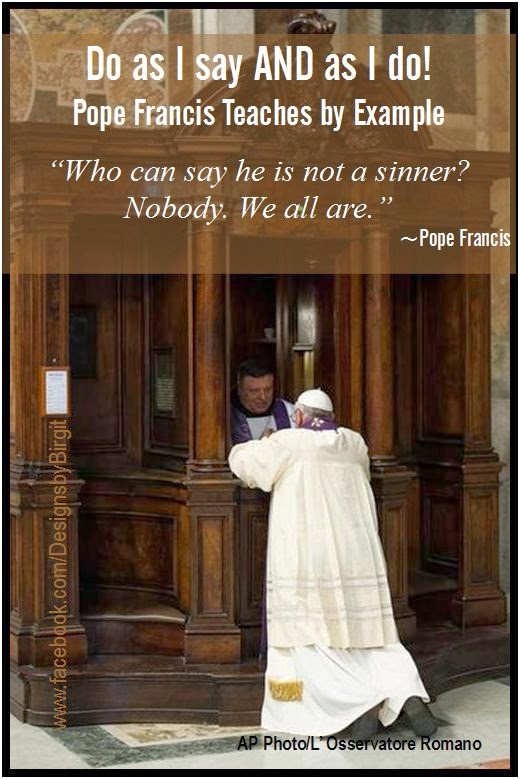