A Baker's Dozen: Reflections From a 17-Year-Old Bride

So yesterday we celebrated Thanksgiving - my extended family (siblings, their kids, in-laws, grandchildren) all gathered at our house and had a wonderful time. Today finds Rick and me on our way to Helen, GA (and the Christkindlmarkt) for our 39th anniversary trip. Yikes! I've been married over two thirds of my life! In honor of this momentous occasion, I'll share a few quick tidbits: 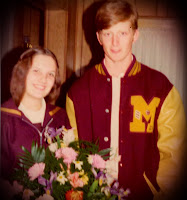 1. Having come from a very traditional Catholic family, I wasn't allowed to date until I was 16. As luck would have it, Rick came into my life the month of my birthday. Quickly loved by my mother, he was a bit more challenged to win my heart - because I had eyes for the boy with the motorcycle or maybe the one with the guitar. This one came with a tractor and a country way of life.

2. He also argued religion from a Baptist perspective. It didn't compute in my teen brain - initially. But slowly, over the course of a few months, my heart was firmly won. Good sense overtook the thrill of cheap adventure. By the beginning of my Junior year we were a couple and roamed the halls together - him carrying my books. On Sundays, we attended Mass in the morning with my family and sometimes attended his church at night. 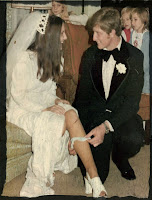 3. Fast forward several months and he began talking about marriage - Rick (Tricky Ricky) never actually asked, he just started talking about 'when (not if) we get married'. He also began to talk about conversion to the Church and was fortunate enough to have one-on-one sessions with the parish priest.

4. Our courtship was chaste, even though he knew about the 'issue' the wagging tongues relayed. My son was two. We married on Thanksgiving weekend of my Senior year.

5. We spent the first 20 minutes of our honeymoon on our knees, praying the Rosary. Then we called my mom - to say goodnight.

6. Rick had put his conversion on hold - until after the wedding. Although I was initially disappointed - since we wouldn't be able to receive the Eucharist together - good sense won out as I realized this meant he was converting for himself - not just to please me.

7. We returned to the real world a week later - me to school and he to his job as a millwright and part time farmer. He also continued his meetings with Father and, a few months later, was brought into the Church.

8. I completed high school, then college - our 1-year-old son attended my graduation. My other son was five. Rick finished his apprenticeship with the millwrights, became a journeyman and continued to farm part-time.

9. We lived through blizzards, catastrophic losses and even bankruptcy, but we had our love and our faith to sustain us. Soon, we were gifted with a daughter. And we were still young - he was 26 and I was 25 - but marriage was old hat by then. We had it covered.

10. Sometimes we continued to pray together, sometimes we prayed separately, but we always attended Mass and always stayed close to God and each other - more or less.

11. Several years passed and hope of another child was all but abandoned - then came another son. This time I was an 'old' mom of 31 and I cherished every moment of staying at home with my brood of three.

12. Both of our mothers died of cancer, as did his brother and grandfather. His grandmother died of Alzheimer disease - all this within a year or so. Genetic testing won over, in my case, and my fertility ended via prophylactic surgery to prevent the BRCA-1 gene from killing me as it had an uninterrupted line of women before me. 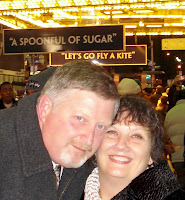 13. In the following years we've moved several times, changed careers (not just jobs), built a
house, married off a son and then a daughter. All children have returned to live with us, for a time, as adults. There are now 7 grandchildren - ages 3 through 9 (plus 5 who are with Jesus) - and we have lost all fear of an empty nest because ours is always an Open House.

These past 39 years have flown by and I can't really remember not being married. We've had our triumphant ups and our horrific downs. I've survived breast cancer (8 years and counting), in large part due to my knight in shining armor/court jester and the awe-inspiring prayers of friends from around the world - and of course, the grace of God. And if I had to sum up the reason for the success of our marriage in one word it would be, not love (a very close second), but GRACE. Our love is strong and has sustained us, but the real life-blood of our union is the Grace of God. He has been there, through it all, and for that we are deeply thankful!

Love you, Richard Joseph Jones! May we have another 39 years (and Eternity) together! 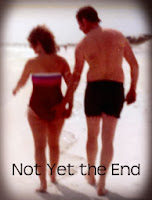